Let us pray in thanksgiving for the life of Fr. Patrick J. Boyle, S.J., who died on October 25, 2022 at St. Camillus Jesuit Community in Wauwatosa, Wisconsin. He was 90 years old. May he rest in peace.

Pat was born in Chicago, Illinois on March 13, 1932. He graduated from Campion High School in Prairie du Chien (1950) and studied for two years at Loyola University Chicago before entering the Chicago Province of the Society of Jesus at Milford novitiate on August 8, 1950. Pat earned a Bachelor’s Degree in Latin and Philosophy (1955) and a Master’s Degree in Sociology (1961) from Loyola University Chicago. He earned licentiates in Philosophy (1957) and Sacred Theology (1964) from West Baden College. Pat also earned a doctorate in Theology from Marquette University (1983).

During regency, Pat taught Latin at Loyola Academy in Wilmette (1957-1960). After ordination, he was an assistant principal for discipline at St. Xavier High School in Cincinnati (1965-1968) before asking to be missioned to be a chaplain in the U.S. Army (1968-1971). In a blog post on the University of Saint Mary of the Lake’s website, Pat expressed that his reason for becoming a chaplain was for the men. He said “If anyone ever needs a priest, it’s during a war. I was there for the troops and only the troops.” Click here to read a 2013 Veterans History Project interview with Pat about his time in the army. Pat said that after his time in Vietnam he came back radically pro-life, “you see the stupidity of war, people killing people.” Pat’s words and actions affected countless men and women in Vietnam. Click here to read a tribute to Pat on the “We Were the Soldiers” website.

In 1971, Pat returned to the Chicago Province and was the director of the Jesuit Retreat League at Bellarmine Jesuit Retreat House in Barrington, Illinois (1971-1983). While Pat ministering at Bellarmine, he was also working on his doctoral studies. After completing his doctorate and working at Loyola University Chicago for a year, Pat taught moral theology at St. Mary of the Lake Seminary in Mundelein, Illinois for almost four decades (1984-2021). He was missioned to St. Camillus Jesuit Community in 2021.

Pat was humble and had a great sense of humor. He loved the Lord, the Church, his family, and the Society of Jesus, and was loyal and obedient. At the same time, Pat strived to be self-sufficient as long as possible, as one might expect from a former military chaplain. Generations of seminarians and professors at Mundelein valued his teaching in moral theology, his wise counsel, and many sought him out as a confessor.

Pat was a wonderful Jesuit. He was a man of prayer, a man of the Church, and a man of the Society. His love of the Eucharist was the foundation of his prayer and his fidelity to celebrating it reverently, praying the Liturgy of the Hours faithfully, and doing his daily meditations and examens grounded his life and ministry. Pat’s crusty exterior was cover for his great Irish heart. Whenever he went anywhere, he greeted everyone, paying special attention, to the folks in the background who made things happen but were often overlooked.

That Pat decided to do a doctorate in theology while serving as director of Bellarmine Retreat House reflects not only his intellectual gifts and his incredible determination and work ethic, but also his foresight as to how he might best serve the Church in the years to come. His students and colleagues of Mundelein loved him and were entertained by his off-hand remarks and encouraging or challenging words depending on the issue. Upon his return from a hospitalization, when he entered the dining room, the students gave him a standing ovation. This man was a true character of the Society, and a wonderful one at that.

His acceptance of the move to St. Camillus was edifying. While it wasn’t easy, he embraced it and did his best to add to the joy of that community.

I have been good friends with Pat Boyle for about 50 years, ever since he was at West Baden in Theology and I in Philosophy. He may always have looked like the proverbial “tough guy,” but don’t be fooled: he was a very supportive, caring man. When I was in regency at St. Xavier High School, he was the assistant principal. No problem in the school with discipline with him on the job, but most of the kids who ended up in Jug came to realize that he very much cared about them. Also when he was a paratrooper-chaplain in several forward fire bases during the Vietnam conflict, Pat was there for his guys, risking his life in hot action to defend and care for the wounded and dying. He was, I believe, one of the most decorated chaplains in the Vietnam War (two Silver Stars and a Bronze Star). And at Mundelein Seminary where he taught Moral Theology for many years, his students very much appreciated his efforts to make that part of the course down to earth and practical. In my book a great Jesuit and a loyal friend.

Funeral: Thursday, November 10, 2022
Viewing: 9:30 a.m.
Mass of Christian Burial: 10:30 a.m.
University of St Mary of the Lake / Mundelein Seminary
1000 E Maple Ave, Mundelein, IL 60060
The Most Reverend Jerome Listecki, Archbishop of the Archdiocese of Milwaukee, will preside and preach.
Pat will be burial with military honors at All Saints Cemetery in Chicago. 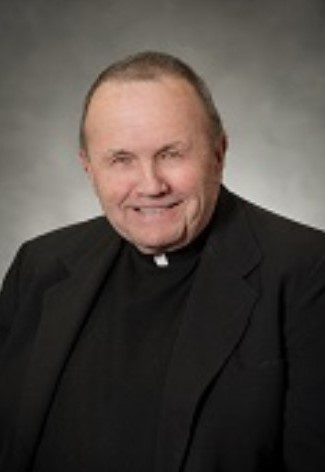