Let us pray in thanksgiving for the life of Fr. Frederick E. Brenk, SJ, who died on December 3, 2022 at Froedert Hospital in Wauwatosa, Wisconsin. He was 93 years old. May he rest in peace.

During regency, Fred taught Latin and Greek at Creighton Preparatory School (1957-1960). For a decade after earning his doctorate, Fred taught and researched at Marquette University (1971-1980) and other universities (Harvard University, Fordham University, Tufts University, and Boston College) before being missioned to the Pontifical Biblical Institute in Rome in 1982. Except for a few sabbaticals, he was a professor for the Greek and Roman background of the Old and New Testament at the Pontifical was a faith-filled Jesuit and a devoted priest. He was an active celebrant at Masses, earlier at St Bernadette’s Parish in Milwaukee and later in several retirement communities. He prayed for the parishioners often in public intercessions during community Masses. Fred exemplified cura personalis for everyone he encountered. An example: while missioned in Rome, Fred went out of his way to be generous, gracious, and hospitable person to any Jesuit new to the Eternal City.

Fred, an accomplished academic and expert on Plutarch, authored five books and over 100 articles. Besides contributing to international publications on Plutarch and teaching on the Hellenistic background to the New Testament Fred’s scholarly life and thought involved continual communication with a network of scholars, from across the globe who were also long-time friends.

In a Society filled with a variety of “characters”, Fred stood out as a “character” of a unique sort. His answers to questions usually began so far from the explicit theme that it could seem that he hadn’t heard the query. He had, but the questions entered places in his mind whose link to what had been asked only eventually became explicit.

Fr. Tom Hughson, SJ, has this to say about Fred:

I don’t recall in the more than four decades I’ve known Fred that he ever spoke a sharp or hurtful word to a community member, though he received some.

Fred read the New York Times front to back. His conversations on a given day usually included references to international and national news. He was a Packers and Badgers football fan. He also was a fan of Marquette University athletics, especially the men’s basketball team. Fred and I usually watched CNN and MSNBC after the evening meal for a while. The BBC Father Brown TV series was a favorite of his.

Fred and I went cross-country skiing together on trails in the Kettle Moraine State Forest that had challenging segments. His declining strength and my failing knee limited us in the last couple of years more often to Brown Deer Park. Only last winter we went out at least two or three times. He retained athletic ability into his nineties.

Fred donated his body to the Medical College of Wisconsin. 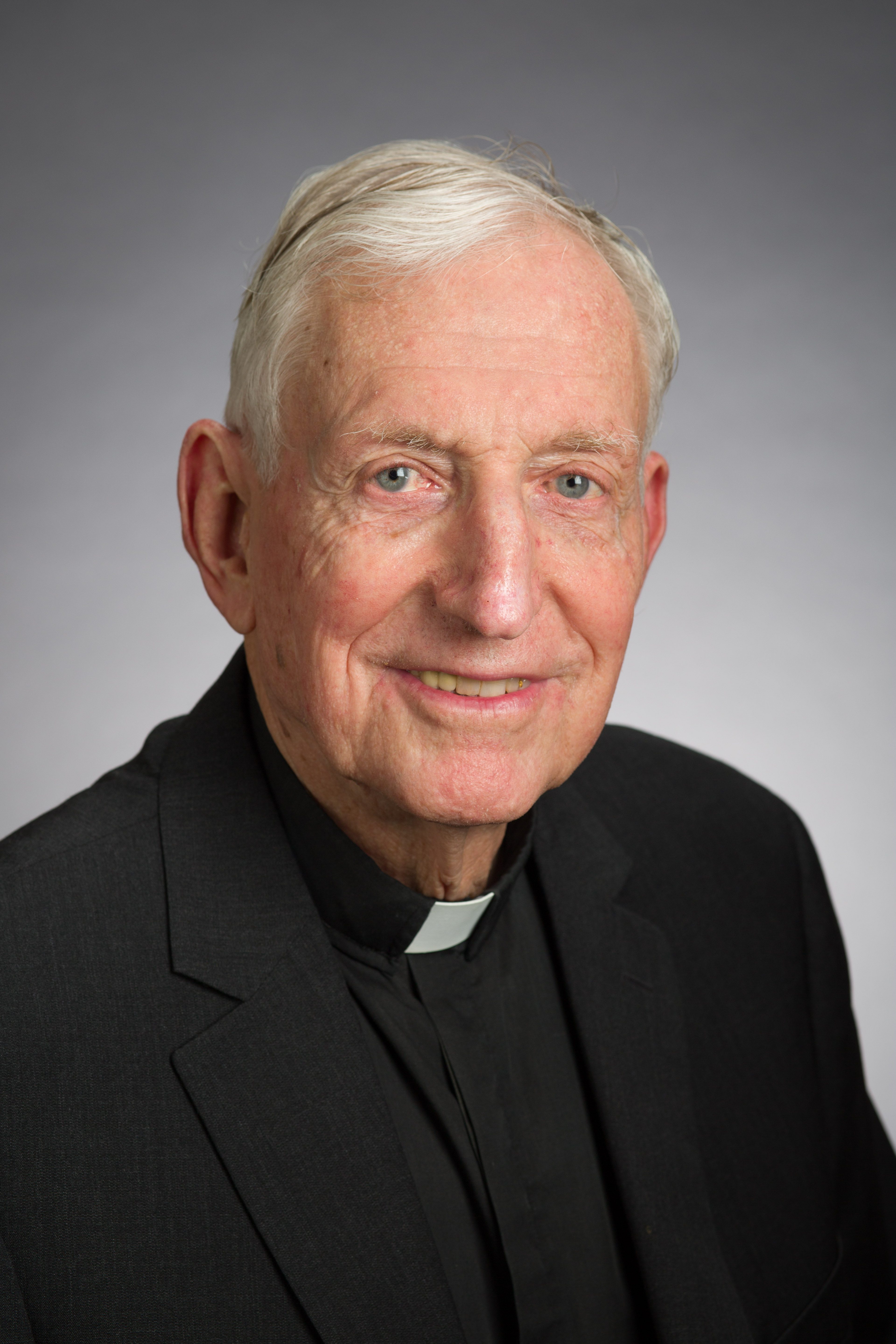