Let us pray in thanksgiving for the life of Fr. Terrence M. Brennan, SJ, who died on February 14, 2022, at St. Camillus Jesuit Community in Wauwatosa, Wisconsin. He was 75 years old. May he rest in peace.

Terry is survived by his siblings: Michael, Mary Ann, Rose, and Kevin.

Terry was born on November 10, 1946, in Waterloo, Iowa. He entered the former Wisconsin Province on August 14, 1964, at Jesuit College in St. Bonifacius, Minnesota. Terry had the usual Jesuit course of studies at Jesuit College, Saint Louis University, and Weston Jesuit School of Theology and was ordained on June 11, 1976, at the Church of the Gesu in Milwaukee. He professed final vows on May 1, 1982, at St. Francis Mission in on the Rosebud Indian Reservation in South Dakota.

During regency, Terry taught speech, English, and French at St. Francis Mission (1970–1973). After ordination, he spent over a decade ministering to the people of God on Native American reservations in South Dakota and at Saints Peter and Paul Catholic Church, a parish in Mankato, Minnesota. He was a pastoral minister (1976–1977) and associate pastor (1977–1978) at Saints Peter and Paul before spending a year as minister of the Jesuit novitiate in St. Paul (1978–1979). Terry then taught speech and drama at Red Cloud Indian School (1979–1980) before making tertianship in Ireland. After tertianship, he was an associate pastor at St. Francis Mission (1981–1983; 1984–1987) and Saints Peter and Paul (1983–1984).

After a sabbatical (1987–1988) and teaching teaching French and theology at Creighton Prep (1988–1993), Terry served almost three decades working in Milwaukee (and Wauwatosa, Wisconsin). He taught Spanish and theology at Marquette University High School (1993–2016) and was teacher and pastoral minister at Nativity Jesuit Academy (2005–2011). In 2016, Terry was missioned be the minister of the St. Camillus Jesuit Community. In 2021, Terry ended his duties as minister to deal with health issues.

Terry was a devoted priest and Jesuit. He cared about (and cared for) others no matter what ministry he engaged in: pastoral work, minister of a community, or teaching. He remembered people’s names and often corresponded with them. He often traveled in the summer, alternating trips by car to the West Coast and the East Coast of the United States. He visited family and friends in order to stay in touch. He was a good listener who was lots of fun and brought people immense joy. People remember him as a giving person who laughed, sang, told stories, and played cards of any kind, especially sheepshead, bridge, pinochle, and cribbage. His good humor made him popular, particularly with older Jesuits to whom he was always kind, even as he beat them at cards.

Terry saw Jesus in everyone he met—especially in the poor and outcast. He worked well with the poor and was good at bringing others into contact with the poor. During Terry’s 23 years at MUHS, Terry took delight in the Somos Amigos immersion program in which students work in the Dominican Republic for a few weeks during the summer. Generous to the core, Terry was a regular “help-out” at weekend Masses in Spanish or English.

Terry had a gift for languages and for music. He loved everything Irish and was active in the Emerald Society. He was a tenor and his favorite song was “Danny Boy.”

I have never met a Jesuit who was so universally loved by his own brothers and by those he served. I do not think that Terry ever had an enemy during his 75 years of life. In a lot of ways Terry was a utility player doing pastoral work and high school teaching. He prided himself that about five or six years was his tenure for service at a particular apostolate. This was true until he came to Marquette High in the mid-1990s. But he broke his own rule and stayed for 20 years. When he knew his time for high school teaching was at an end, he, in his customary fashion, accepted with joy and enthusiasm the assignment to be minister at St. Camillus. He loved serving his brothers and assisting at parishes every weekend until health prevented him.

The Prayer for Generosity attributed to St. Ignatiu ofs Loyola, is wonderful and has motivated people for years. We know how it goes: Lord Jesus, teach me to be generous, teach me to serve and not to count the cost . . . teach me to give . . . and if we have known Terry Brennan, we know the fullness of that prayer. Terry was himself a prayer for generosity, the gift of himself as blessing for those who needed to be blessed. Throughout his years in the Jesuits, to whatever place and people he was sent, Terry loved to serve, joyfully, generously. He loved to be with people in the gratitude of giving his life away to help them discover, know, and embrace their own life in new ways—whether it was a student, faculty or parent at Marquette High, members of a small community in Haiti, a parish member on the Rosebud Indian Reservation, or members of St. Patrick and Our Lady of Guadalupe parishes in Milwaukee, Terry loved to share this gift to people through his good, joyful, and generous heart.

It is no secret that Terry loved to sing, and through song, he served joyfully, generously. One person told me that Terry used to sing her name, a reminder that she was always surrounded by Angels of hope. Through song, he served God’s people, gathering us in fun and in serious moments, opening our hearts to God’s love, which is really what he loved most to do. From the first day of Novitiate to only recently when his illness made singing impossible, Terry sang his way into people’s hearts reminding us that we belonged there as the gift we are called to be for one another and always, as Terry’s life would remind us “seeking no reward save that of knowing we are doing God’s will,” joyfully and generously. 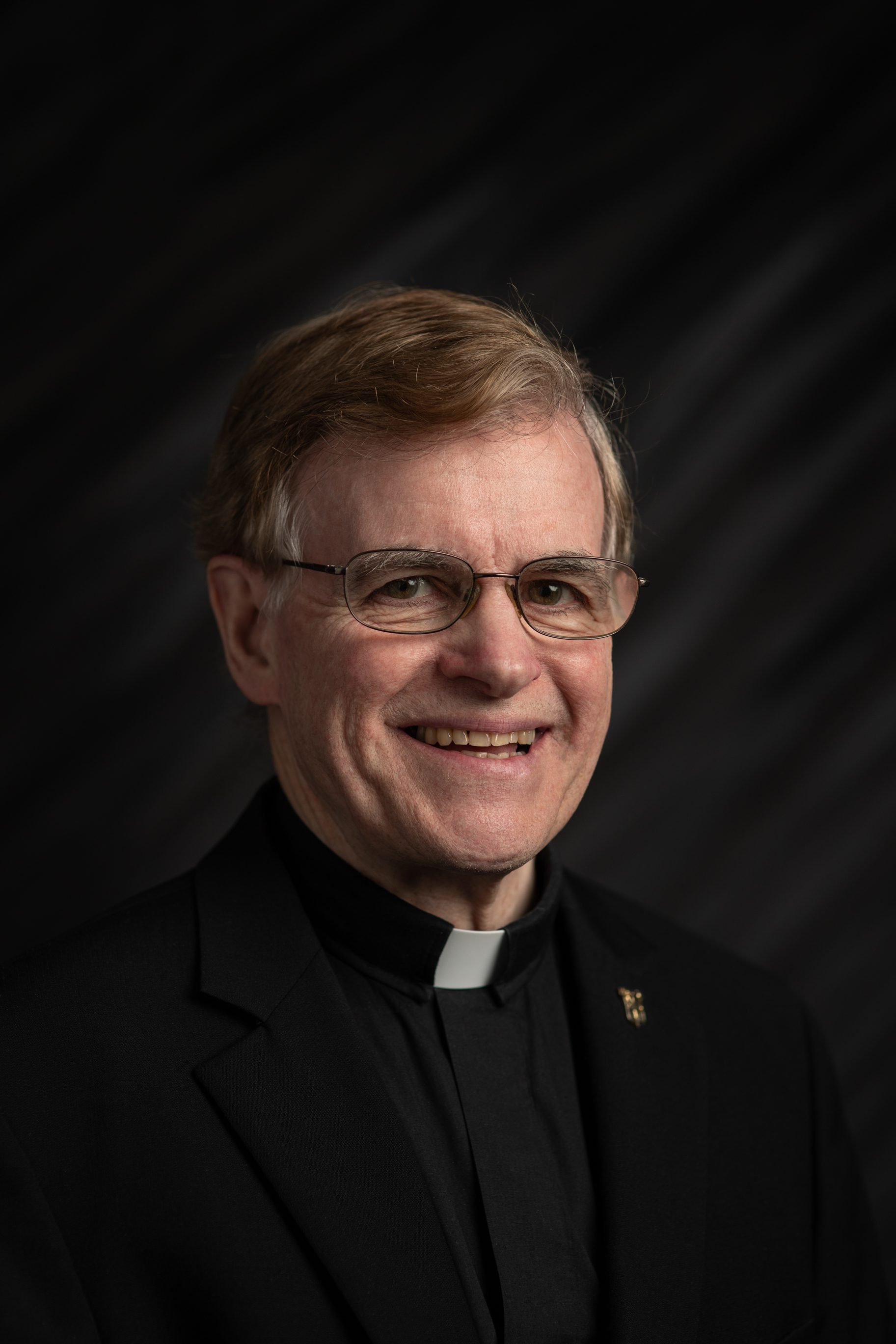