Let us pray in thanksgiving for the life of Fr. Michael S. Christiana, SJ, who died on September 17, 2021, at St. Camillus Jesuit Community in Wauwatosa, Wisconsin. He was 55 years old. May he rest in peace.

Michael was born on May 15, 1966, in San Francisco and grew up in Rochester, Minnesota. He was raised in the Anglican Church and educated in Catholic schools through high school. He earned his Eagle Scout badge in high school. He converted to Catholicism in 1996. He felt called to become a Catholic because of Catholic social teaching and its emphasis on social justice, as well as a consistent ethic of life. Father Christiana shares his vocation story in this video (recorded in 2011).

Michael entered the former Chicago Province on August 21, 1999, at Loyola House Jesuit Novitiate in Berkley, Michigan. Michael was ordained on June 11, 2010, at Church of the Gesu in Milwaukee and pronounced final vows at the Ignatius House Jesuit Community on the campus of Loyola University Chicago on August 15, 2020.

Before entering the Society of Jesus, Michael earned a bachelor’s degree in history, religion, and Chinese (Mandarin) from St. Olaf College in Northfield, Minnesota (1989). Michael met the Jesuits while working toward a master’s of divinity degree at the University of Chicago Divinity School. While in the Society, he earned a master’s degree in political philosophy from Loyola University Chicago (2003). He earned his master of divinity from the University of Chicago Divinity School in 2001, and he completed his theology studies in preparation for ordination at the Boston College School of Theology and Ministry (2010).

During regency, Michael was codirector of the community service department and an assistant campus minister at Brebeuf Jesuit Preparatory School in Indianapolis (2003-2006). Michael also was a retreat director at the Jesuit Spiritual Center at Milford (2006-2007) during his regency. After ordination, Michael returned to Brebeuf where he served as vice president for mission and identity and codirector of community service (2010-2015). Additionally, he was the superior of the Brebeuf Jesuit Community (2011-2015).

Michael was diagnosed with myelofibrosis of the bone marrow in 2015 and spent a year recuperating from a bone marrow transplant before participating in the JCCU tertianship program in Portland (2016-2017). After completing tertianship, Michael spent a year working as a campus minister and in adult faith formation at University of Detroit Jesuit High School and Academy. In 2018, Michael was missioned to campus ministry at Loyola University Chicago. In 2020, medical tests identified that the bone marrow transplant failed. He returned to the Mayo Clinic to receive a stem cell transplant and was cared for by his parents (who live near the Mayo Clinic). Shortly before his death, Michael entered hospice at the St. Camillus Jesuit Community.

Michael loved the Society of Jesus and felt very fulfilled as a Jesuit priest. While he was not necessarily docile in formation, he grew increasingly gentle and open with the graces of tertianship and final vows. He immersed himself into his mission as a Jesuit, thrived in the ability to read and study academically—especially in the area of spirituality—and would drop everything to be at one of the province villas. He had a charismatic personality, a free sense of humor, and delighted in laughing at the human condition, including at himself. Michael had a warm nature, was easily affectionate, and was very human. Though he somewhat still identified as a “high Anglican” liturgically, and enjoyed a strong devotion to Our Lady of Guadalupe, he also enjoyed being irreverent for effect. He loved good food (especially the aromatic Thai rice!) and cooking and hosting people. He had his “standard” when it came to quality, whether it be food or other things. He would joke that he was the “spoiled brat of rich parents,” and would remain so! Yet, deep down, Michael was simple. He could live with abundance and with nothing. In other words, he was complex but well-loved.

Michael had a great love and care for the poor, the marginalized, and those on the frontiers. Michael felt that he had a “calling within a calling.” He felt he was called to seek the lost sheep, to reach people whom others were not able to reach, and to work with people who were not churchgoing Christians. He wanted to bring “church” to these people and to bring these people to Church. He practiced this calling by working with gang members, prisoners, high school students and their parents, college students, and coworkers. In addition to seeking out those on the margins, he was supportive of Catholic students who considered themselves “traditional,” but would also remind them it was possible to think differently and to be welcoming of others.

He was able to see—and encounter—Christ in everybody he met. Because he saw Christ in others, he was devoted to and cared about the people he served. Michael had a strong personality and stood up for and defended others—particularly those who were being bullied or put down. He was deeply attracted to the interior contemplative life and spirituality of Thomas Merton and Meister Eckhart and found great solace in praying the Liturgy of the Hours, especially after experiencing illness in 2016. Towards the end of his life, he related with great peace and interior calm an experience as a teenager when he was away at a lake in Minnesota and heard the Lord tell him that he would lead a full and exciting and fruitful life, but it would be short. He said that he felt the same interior peace then as he did when he decided that it was time for palliative hospice care.

Fr. Jack Dennis, SJ, says of Michael, “I would often go to the Jesuit community for lunch during the workday and find Michael in his room reading spiritual materials. He drew exceptional comfort and strength from his faith and quiet times of prayer.”

Thomas Chillikulam, S.J., says, “He cared for people close to him. When he felt that I needed a break, he would pull me out of work to go for a drive, or to a villa. I miss him.”

Reception
After the Mass of Christian Burial in the Marquette University’s Alumni Memorial Union.
Interment
1:00 p.m. at Mount Olivet Cemetery 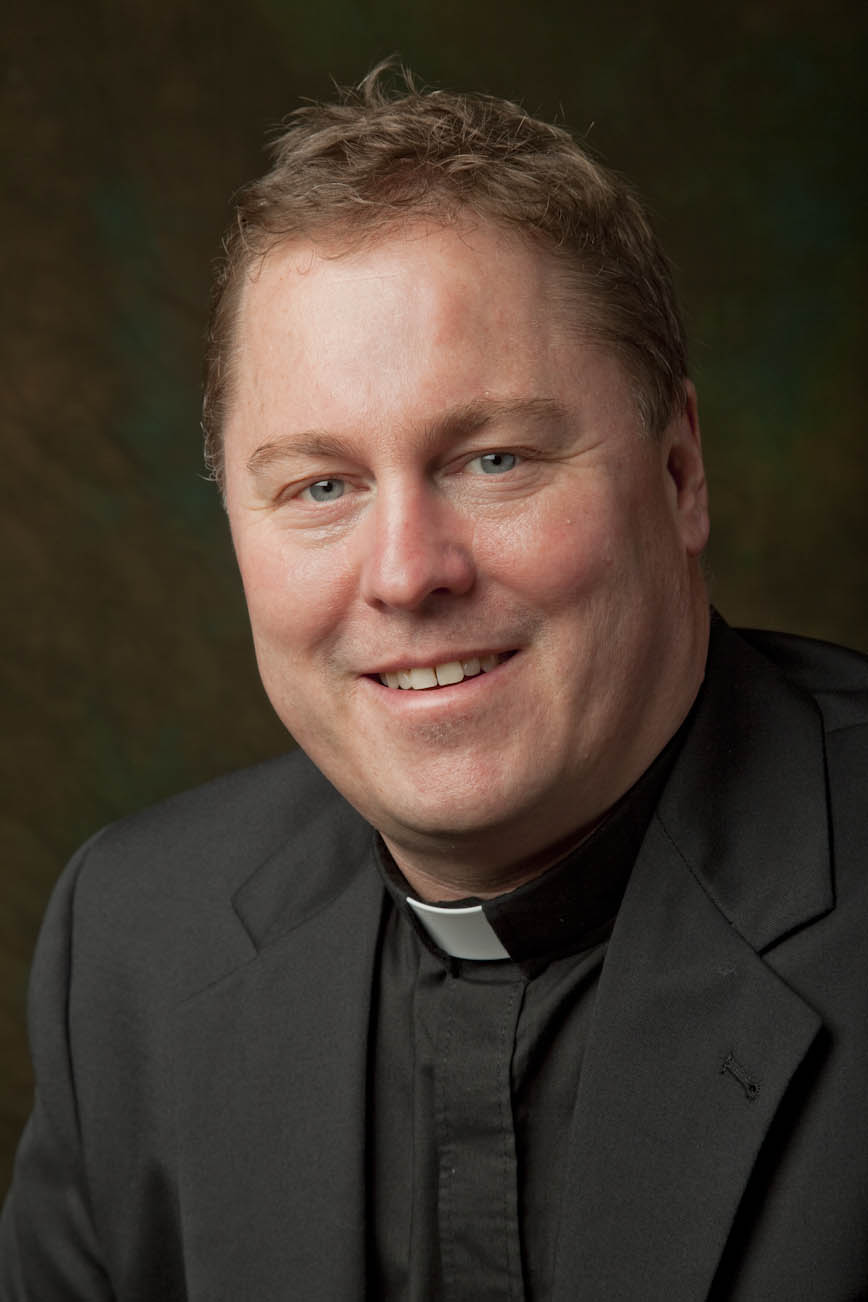