Let us pray in thanksgiving for the life of Fr. Eugene F. Dwyer, SJ, who died on July 16, 2021, at Colombiere Center in Clarkston, Michigan. He was 96 years old. May he rest in peace.

Gene was born on September 17, 1924, in Chicago. He entered the former Chicago Province on September 1, 1946, at Milford Novitiate in Milford, Ohio. Gene was ordained on June 14, 1959, at West Baden College in West Baden, Indiana, and pronounced final vows at Loyola Academy on August 15, 1962.

Before entering the Society of Jesus, Gene attended Herzl Junior College and DePaul University in Chicago. While in the Society, he earned a bachelor of letters degree from Xavier University (1950) and a master’s degree in English from Loyola University Chicago (1958).

During regency, Gene taught Latin and math at Saint Ignatius College Prep in Chicago (1953-1956). After ordination, Gene spent three decades at Loyola Academy in Wilmette, Illinois, where he was an English teacher (1962-1983) and student counselor (1977-1991). He then spent fifteen years at Loyola University Chicago, where he was the sub-minister (1991-2006) and guestmaster (1996-2006). He was missioned to Colombiere Center in 2006, where he performed community service and prayed for the Church and the Society.

Gene was a steady, faithful, reliable journeyman in secondary education for decades. He spoke often about his pastoral counseling and coaching of tennis (especially the 1972 team) and bowling. According to the Loyola Academy website, “No Loyola coach in history has posted a better winning record. From 1963 to 1977, Fr. Gene’s tennis teams won the Chicago Catholic League title 15 consecutive years. It is a record of excellence that may never be broken.”

Gene was a gentle, kind man who was attentive to the needs (and moods) of others. These traits made him an excellent student counselor, pastoral minister, guestmaster, and sub-minister. In his job as the “video master” of LUC’s Jesuit Residence, Gene ran the [impressively complicated] technology that enabled videotapes, laserdiscs, DVDs, and satellite tv to be shown on the television screen, enabling full “job security.” He organized and hosted various “movie nights” at the JR.

Gene loved music, savored a good meal, and simply enjoyed life as a faithful follower of Jesus for 75 years in the Society. Gene rode bicycles and played tennis most of his adult life. He had a great interest in sneakers (i.e. tennis shoes) . . . always having a fresh pair of the latest to keep him at the top of his game and looking classy.

Gene’s last years were happily spent as part of the Memory Care community at Colombiere. His friend Br. Mike O’Grady, SJ, who accompanied Gene these past few years, recounts:

Gene was an unremitting gentleman to every person he encountered in his last years. In no time at all his friends, nurses, aides, housekeepers, and staff all recognized his gentle soul and smile. What can you say about a person who makes your day brighter just by being around him? His short-term memory may have been lost to the ages, but if you got past that he had an incredibly hopeful, serene, and funny outlook on life. His jaw would drop every time we answered truthfully about his age or mentioned to him how many movies he really had in his collection. To say Gene had a youthful spirit is also to say that Gene had the confidence and charm of a very confident sixteen-year-old. Once when the fibs and whoppers started to flow (this happened a lot!) Gene was informed some old girlfriends from before his Jesuit days in Chicago were outside looking for him (with shotguns!) he quickly said, “Uh oh, tell them I’m not here.” Cool as a cucumber!

In his last years, Gene knew the love of many people who would come to visit him and get a hug. Gene was an affectionate old-timer who may not have known the day, but he certainly could recall the times he was a king-sized roller-skating rover who knew the moves forward and backward. His love of movies surely began when he frequently snuck into matinees in his old neighborhood at Western and Roosevelt in Chicago.

Gene was a natural athlete who did not lose his muscle memory even as he relinquished much of his cognitive memories to time. Pretenders who wished to challenge Gene at table tennis even in his last years would find themselves humiliated and awestricken at how quickly a series of kill-shots would lead to a 19-0 drubbing. Such an event happened to this correspondent, and to add to the sorrow, Gene had to be held up at his backside by the belt of his pants so he would not topple over while delivering a dose of his competitive spirit.

The day before Gene went to Jesus, Br. Mike and nurse Pattie O’Brien were with him, and Gene volunteered his familiar refrain from these last years: “I’ve had it pretty good.” Pattie jokingly said “Alright, tough guy,” and Gene smiled his big, fat toothless smile and lifted his arms in his typical Rocky-salute.

He will be dearly missed by those who cared for him, and they know who they are because their hearts are both sad and joyful today. To close I quote the Irish note of departure: “take a close look friend, it will be a time before you see the likes of him again.” 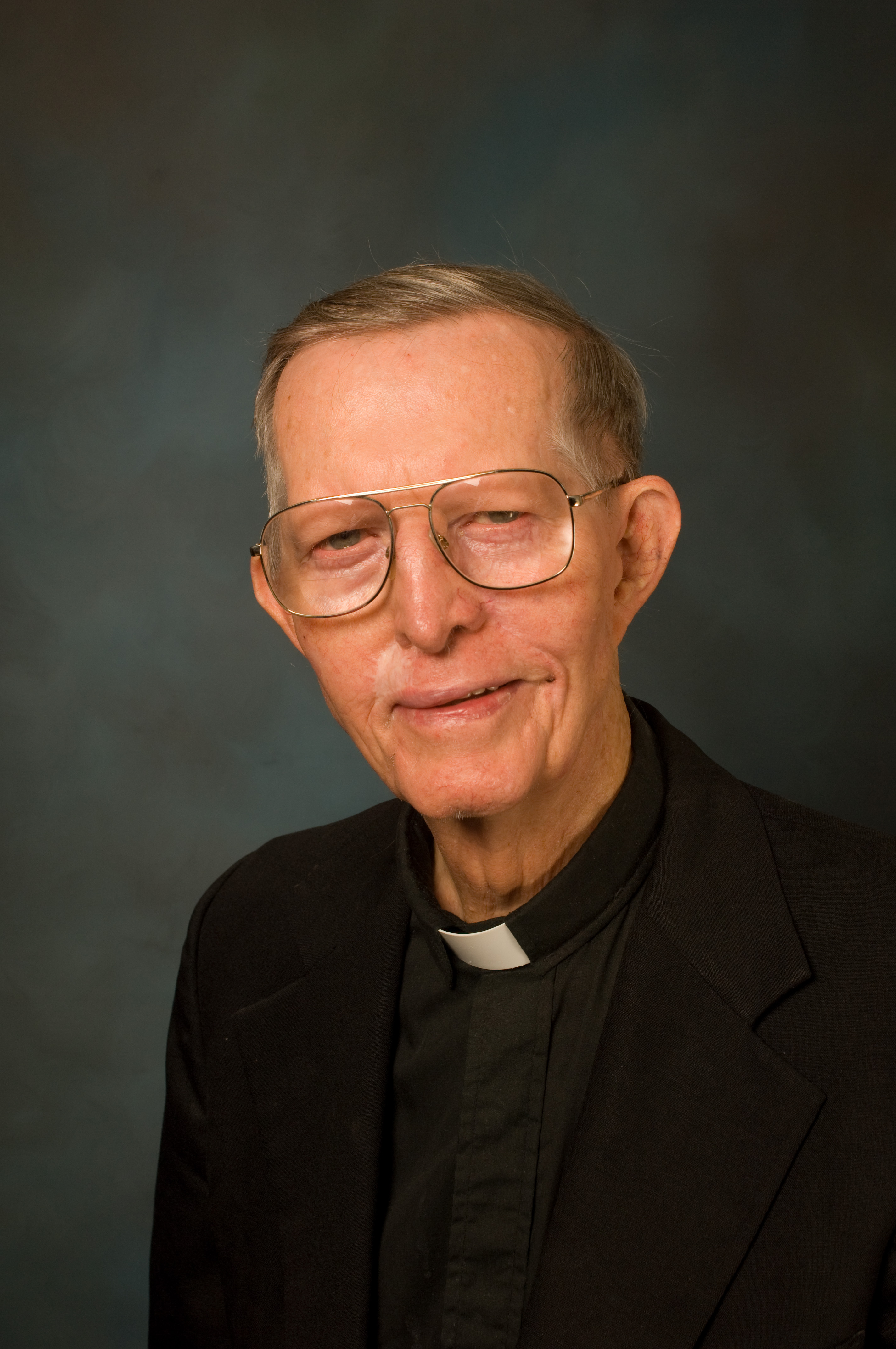