Let us pray in thanksgiving for the life of Fr. John J. Foley, SJ, who died on August 2, 2021, at St. Camillus Jesuit Community in Wauwatosa, Wisconsin. He was 96 years old. May he rest in peace.

John was born on July 13, 1925, in East Orange, New Jersey, and grew up in Oak Park, Illinois. He entered the former Chicago Province on September 1, 1946, at Milford Novitiate in Milford, Ohio. John was ordained on June 14, 1959, at West Baden College in Indiana and pronounced final vows at Loyola Academy in Wilmette, Illinois, on August 15, 1962.

Before entering the Society of Jesus, John graduated from Fenwick High School in Oak Park in 1944 and entered the United States Marine Corps. In the Marines, he served at Eniwetok and saw action at Okinawa in the last battle of World War II. While in the Society, John earned a bachelor’s degree in Latin from Loyola University Chicago (1951). During and after formation, he attended summer courses and earned a master’s degree in Speech from Saint Louis University (1959) and a master’s in religious education from Loyola University Chicago’s Institute of Pastoral Studies (1972). In 1982, after a year’s sabbatical at the Graduate Theological Union’s School of Applied Theology in Berkeley, California, he earned a master’s degree in applied theology.

During regency, John taught English and speech at St. Xavier High School in Cincinnati (1953-1956). After ordination and tertianship, he taught English and religion at Loyola Academy (1961–1964). He was an instructor of speech (to philosophers) and homiletics (to theologians) at St. Mary of the Lake Seminary in Mundelein, Illinois (1963–1967). In 1967, John returned to the secondary education apostolate when he was missioned for two years to St. Xavier High School in Cincinnati, where he was minister for the Jesuit community, taught religion in the high school, and taught speech to novices at Milford Jesuit Novitiate. John returned to Chicago in 1969 and taught religion at St. Ignatius College Prep for a year before being missioned to Loyola Academy for over a decade. At Loyola Academy, John was the director of development (1970–1973; 1975–1976), taught religion (1970–1975), and was director of parent activities (1975–1981).

After a well-earned sabbatical at the School of Applied Theology in Berkeley, California, John was missioned to Bellarmine Jesuit Retreat House in Barrington, Illinois, where he was the assistant director (1982–1983) and director of the retreat house (1983–1987). He was also superior of the Bellarmine Jesuit community from 1982–1987. John was then a chaplain to dental students at Loyola University Medical Center and also served as the superior of the Loyola University Medical Center Jesuit Community (1987–1993).

When Gonzaga House (just off the campus of Loyola University Chicago) became a Jesuit community in 1993, John was missioned to live in and be the minister of the community (1993–1996). [At this time he also became the director of the Chicago Province Jesuit Seminary Association. He was director of the Seminary Association from 1993–2009.] In addition to his duties as minister, John was acting president (1994–1995) and a special assistant to the president of Loyola Academy (1996–1998). At the age of 73, John left Loyola Academy to become pastor of St. Ignatius Church in Chicago (1998–2000). John returned to Loyola Academy in 2000 and spent over a decade as an assistant to the president (2000–2013). While at Loyola Academy, John was the chaplain for the football team where he often led the team’s pre-game and post-game prayers and celebrated the Eucharist for the team over the years. In 2013, John left Loyola Academy to focus on providing pastoral ministry (2013–2019) until he was missioned to pray for the Society at St. Camillus Jesuit Community in 2019.

John was a devoted priest who loved the Society of Jesus. He was a gentleman to all and was generous with giving praise to others. He was able to engage and, when needed, disarm others with his smile. He was willing and able to go wherever the need was the greatest. He did not ask, “Why do I have to do this?” but rather, “What more can I do for Christ and his people?”

John celebrated weekend Masses at St. Joseph Catholic Church in Wilmette, Illinois, for many years, and the pastor who worked with him said of John:

He was a prince of a man, such a good priest and a profound credit to the Jesuits. He was an inspiring representative of the greatest generation.

John lived simply. How he kept his room—neat and uncluttered—reflected the order and ease of his spiritual life and his interactions in community. Formed by his training as a U.S. Marine and his assignment to the Pacific during World War II, John took delight in his retirement in simple joys, such as offering a friendly greeting and praying quietly during Holy Hour. He managed his transition from a walker to a wheelchair with courage and equanimity. He appreciated the tender care the nurses gave him. He was a pastor through and through. He loved being a Jesuit and a priest. 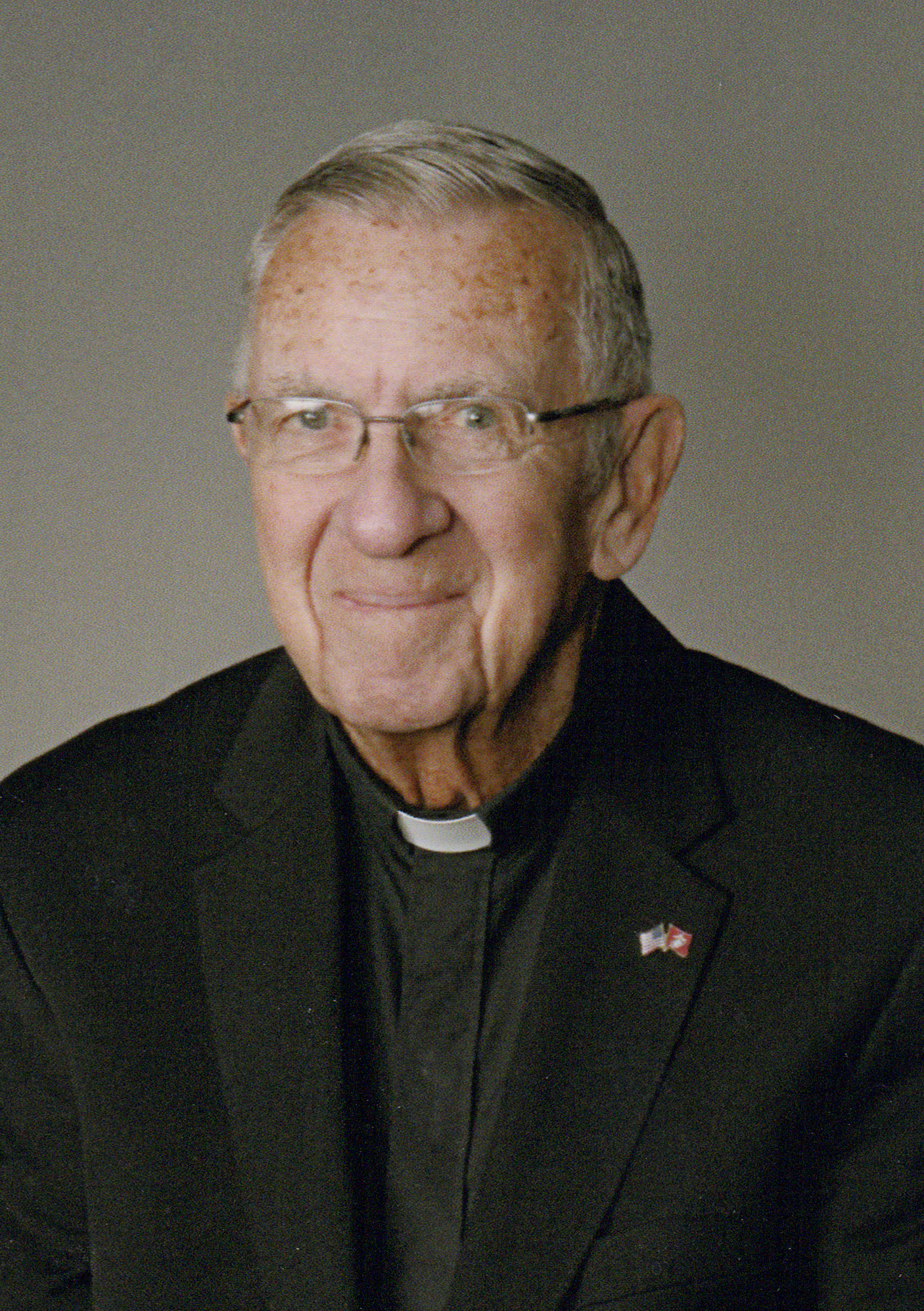