“Fr. Cap” (as he was known in Nepal) was born in Cleveland, Ohio, on December 13, 1933. He entered the Chicago Province of the Society of Jesus on September 2, 1951, at Milford Jesuit Novitiate in Milford, Ohio. Cap earned a bachelor’s degree in Latin from Xavier University (Cincinnati) in 1956, followed by a masters in English at Loyola University (Chicago) in 1958. He studied philosophy at West Baden, Indiana.

In 1958, Cap felt called to serve internationally and petitioned to do his regency overseas. During regency he taught in the Nepal Region at St. Xavier’s School in Godavari. He fell in love with the people he ministered to and petitioned to study theology at St. Mary’s College in Kurseong, India. Cap was ordained on March 29, 1964, at St. Paul’s Church in Kurseong. In 1970, he pronounced final vows and transcribed to the Nepal Province. To further aid his ministry in Nepal, Cap earned a master’s degree (1977) and a doctorate (1987) in anthropology, both at Tribhuvan University, Kathmandu, Nepal. He was one of the first people to earn a PhD in Anthropology in Nepal.

After ordination, Fr. Cap served as the principal of St. Xavier’s School, Jawakhel, (1967-1969) and St. Xavier’s School, Godavari (1969-1975). He then was a research writer at Human Resource Development and Research Centre (1976-1987) and published three books: “Faith-Healers in the Himalayas”, “Decision Making in Village Nepal”, and “To Yourself Be True”.

Cap served the people of remote and urban Nepal for over 64 years. According to Matters India (India’s Complete Socioeconomic & Religious News) Cap was “the oldest missionary who brought Christianity to Nepal’s Tamang tribals and taught hundreds of Nepal students.”

Radio Veritas Asia (The Voice of Asian Christianity) wrote: “Fr. Casper J Miller, SJ, mentor, writer, storyteller, educator, counsellor, and pianist. He was fluent in the Nepali language and well-versed in Nepali culture and life. Besides his formal studies in Social Anthropology on Nepal, he has made the study of folk and classical music a life-time hobby.”

The Kathmandu Post wrote “Fr. Cap was more like a friend than a counsellor and was always surrounded by students, like ants surrounding a sugar cube. Fr. Cap was that sweetness in the lives he touched. He was the light and wisdom that everyone needed. May his soul rest in peace.”

[Cap] arrived in Nepal in 1958 and made Nepal his home for 64 years. He served Nepal and her citizens in different capacities. In honor and appreciation of his selfless and dedicated service the government of Nepal granted him “adopted citizenship” on November 22, 1971.

Fr. Cap was a humble person… When he was teaching in a school once a primary class teacher told him, “Father, please teach these Class One new students how to tie and untie their shoe laces. They don’t know how to do it.” Fr. Cap humbly obeyed and the whole day was spent teaching children how to tie and untie their shoe laces. He was tired at the end of the day and he said to himself, “Oh God, is this what a Jesuit priest is supposed to do?” In the evening as he was reading the Bible he came across the passage where John the Baptist says about Jesus, “I am not even worthy to untie his sandals.” That was a source of consolation for Fr. Cap.

Cap was profoundly grateful to those who supported him and the work of the Jesuits in Nepal. His example is a testament to having heard God’s call and then answering faithfully and whole-heartedly with a life of service.

In closing, Fr. Amrit said, “May God grant us the strength to bear the loss of Fr. Cap. We thank God for the gift of Cap. To us Fr. Cap is a saint, and we rejoice in the Lord that we have one more gentle and simple soul to pray for us from heaven. We pray that God grant him eternal rest.” 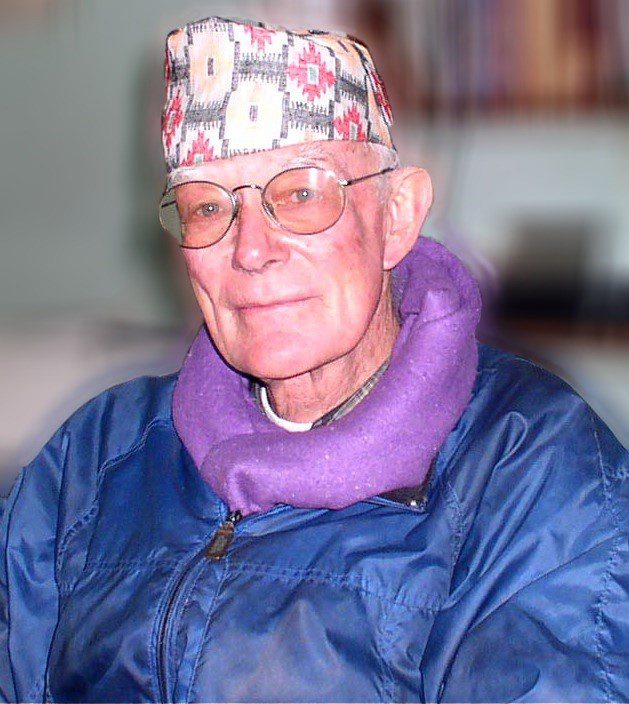