Let us pray in thanksgiving for the life of Fr. Gregory A. Schissel, SJ, who died on November 3, 2021, at Pathways Hospice and Palliative Care in Chesterfield, Missouri. He was 73 years old. May he rest in peace.

Greg is survived by his siblings: Thomas, Peter, John, Nicholas, Stephanie, Patricia, and Anne, and many nieces and nephews.

Greg was born on November 13, 1947, in Omaha. He entered the former Wisconsin Province at Jesuit College in St. Bonifacius, Minnesota, on September 1, 1965. Greg was ordained on June 8, 1979, at Holy Name Catholic Church in Omaha and professed final vows on November 24, 2003, at Creighton University.

While in the Society, Greg earned a bachelor’s degree in philosophy and letters from Saint Louis University (1971), a master’s degree in Russian from Fordham University (1976), a master of divinity from the Weston School of Theology (1980), and a doctorate of theology in world religions from Harvard Divinity School (1999).

During regency, Greg taught English and French at Creighton Preparatory School (1972–1975). After ordination, he returned to Creighton Prep and taught French and theology (1980–1983). Greg taught theology at Marquette University (1994–1998) and at Creighton University (1998–2006). In 2006, Greg moved to Recon, a private residential facility for clergy and religious, in Dittmer, Missouri. Greg remained at Recon until moving into a hospice facility shortly before his death.

Greg was intelligent, bright, and curious. Although his true love was academic theology, Greg has been described as “brilliant and learned about almost everything.” Father Greg Carlson, who taught Greg, wondered at the wide scope of knowledge Greg’s curiosity had brought him, and Fr. Carlson admired Greg’s ability to remember so much of what he learned.

Throughout his life, Greg dealt with various personal issues, such that the accumulation of these made his life with the Recon community the best residence for him until his death. 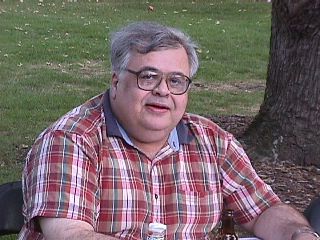