John was born on October 5, 1939 in Berwyn, Illinois. He entered the Chicago Province on September 1, 1958 at Milford Novitiate in Milford, Ohio. John was ordained on June 10, 1971 at Madonna della Strada Chapel on the campus of Loyola University Chicago, and pronounced final vows in Lima Peru, on August 15, 1976.

Before entering the Society, John attended Iowa State University for one year (1957-1958). In the Society, he earned a Bachelor’s Degree in Biology/Chemistry from Spring Hill College (1965). He also earned a S.T.L. from Universidad de Deusto in Bilbao, Spain (1972).

Except for four years when he was missioned to St. Ignatius in Chicago (1998-2002), John ministered in Peru from 1965 until his death. During Regency, John was missioned to Colegio San Jose in Arequipa, Peru. After ordination, he spent almost a decade ministering at Virgen of Nazareth in El Agustino (including being pastor from 1976-1982). During this time, he interacted with youth groups, taught catechesis, and also supported the project to improve streets and homes for a better quality of life for the inhabitants of the district. In 1982, he was missioned to be the pastor of San Pedro Parish in Tacna and, when the parish closed, was missioned to Arequipa to minister at the Compañía Parish.

In 1985 John began to work with clay as a “hobby”. This hobby turned into a profound experience of prayer, contemplation, and encountering God. His interest in working with clay led John to organize the first “Clay Retreat” in 1988. This retreat was held annually until his death. In 1991, John published his book “The Clay Speaks to us about God”, in which each prayer topic is motivated with images of the Bible and the world of clay. These images lead the retreatant to imaginative prayer, contemplation, and a dialogue with God.

In 1986 John returned to El Agustino to be the chaplain of the public hospital, Hipólito Unanue Hospital. His years as chaplain where marked by political violence and fear in the face of threats. At the same time, he expressed his solidarity and commitment to live a life of peace with his people. While ministering at the hospital, John formed a pastoral team with parishioners from the parish who accompanied patients and their families. He was especially devoted to those with tuberculosis which was rampant in El Agustino.

In 1992, John was missioned to retreat and spiritual ministry at Centro de Espiritualidad Ignaciana in Breña (1992-1998) before spending four years ministering to the Hispanic community in Chicago. In 2004 John returned to his beloved Peru where he was a pastoral minister at Centro Loyola (2002-2004) before being missioned as pastor of San Pedro Parish in Tacna (2005-2008). From 2009 until his death, John was a spiritual director, a retreat director, and worked with CLC groups in Chiclayo. It was here that he founded “Casa del alfarero” and accompanied youth and volunteers at the Quiñones Youth Center (a place for the most vulnerable and injured youth population).

John celebrated his golden anniversary of ordination in June 2021. According to an article about him on the Peruvian Province website, John arrived in Peru without understanding or speaking Spanish but quickly learned the language.

While he was pastor in the Agustino, John was famous for putting on his clown outfit to go into the central market and beg food for the annual parish festivals.

John and I were the eldest members of our community and, for the first six months of the COVID-19 pandemic, never even left our small house. During that time we both learned to clean the house and how to cook the food the younger Jesuits purchased.

John was often seen as being a sort of “niño” not because he was naïve or simple, but because he had a way of seeing each person and event with bright eyes and an open heart.

John P. Foley, SJ, had this to say about John:

John was always a little bit different but also always reached out to those on the margin. At some point in his life John learned to work with clay and took that ability and applied it to the Spiritual Exercises. He gave dozens (maybe hundreds?) of retreats in which all the retreatants were busy making clay figures. Just as I might write down in a notebook the fruits of my prayer, you would see John and all his retreatants wearing their aprons and making clay figures to express the fruit of their prayer. Certainly a novel and original approach to a retreat.

John lived with a smile on his face. His last assignment was in the parish de la Virgen de Nazaret in a pueblo joven on a hill in the middle of Lima. (The hill is so steep that in some places there are steps instead of a road!). That was where John died.

Kevin Flaherty, SJ, had this to say about John:

John was a Jesuit who opened up his life to the poor. Wherever he lived he was not only an attentive pastor, but also a friend who shared the joys and sorrows of the people he accompanied. He was at home with people in a wake or a birthday party. John had a creative streak that found expression in liturgy and his clay retreats that brought the Exercises to many religious communities and lay people from poor parishes. The retreats were an adaptation of the Exercises led by a team that offered a blend of personal prayer, work with clay, and sharing the experience in groups. John was a large man with a Gospel heart of a child who shared God’s love with others. 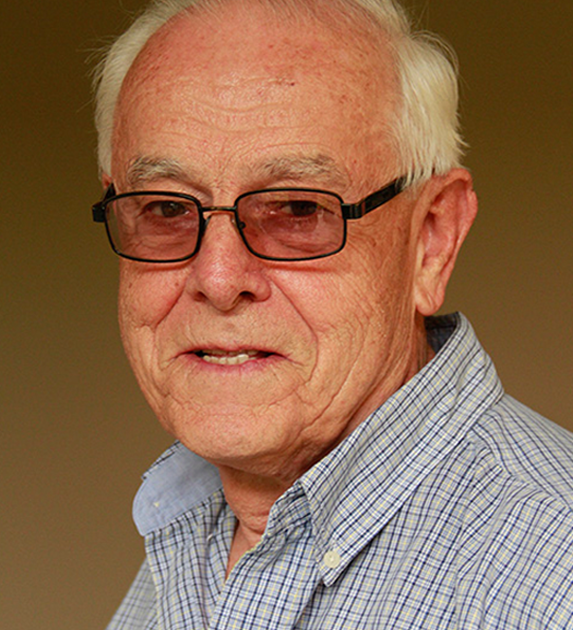