Let us pray in thanksgiving for the life of Fr. Charles L. Stang, SJ, who died on October 13, 2021, at Froedtert Hospital in Wauwatosa, Wisconsin. He was 84 years old. May he rest in peace.

Charley is survived by three brothers: John, Daniel, and Thomas, as well as many nieces and nephews.

Charley was born on January 1, 1937, in Burlington, Wisconsin. He entered the former Missouri Province on August 17, 2954, and became a member of the former Wisconsin Province when it was formed on August 15, 1955. Charley was ordained on June 7, 1967, at the Church of the Gesu in Milwaukee and professed final vows on November 1, 1973, at Marquette University High School in Milwaukee.

While in the Society of Jesus, Charley earned a bachelor’s degree in physics from Spring Hill College (1961), a master of theological studies degree from Catholic University of America (1966), and a bachelor of sacred theology degree from St. Louis University (1968).

During regency, Charley taught physics and math at Marquette University High School (1961–1964). After ordination, he returned to Marquette High where he ministered for almost 50 years. Over the years he taught physics (which included his famous “egg drop” challenge), algebra, and theology. He was the stage manager (1969–2011) and co-producer of theatrical shows (2011–2017) for the Prep Players. Additionally, he moderated student government. Although Charley retired from teaching (and became a teacher emeritus) in 2011, he visited the school daily until he was missioned to St. Camillus in 2017.

Charley was a devoted priest and a loyal friend. He was steady, reliable, and always willing to help. He was good at “fixing things” and patiently answered people’s questions as he helped them. He was neat, organized, and a “behind the scenes” kind of guy who made everything go well for all everyone he helped, especially in the Prep Players.

Because Charley cared so much about people, they were able to talk to him about anything and everything. Although he was most comfortable in one-on-one conversations, he also enjoyed being in a group and listening to what others said. Charley had a gift for engaging those on the margins. At Marquette University High School, those often lower in the teenage social hierarchy—the socially awkward, students questioning their sexuality, Eagle Scouts, etc.—often found their way to Charley’s physics lab or stage crew. There, Charley taught them things—how to rig lighting, the amount of friction needed to slow a bowling ball, how to talk to adults. And sure enough, guided by Charley’s quiet care, those students grew in confidence and found community amongst each other.

Charley was proud of his family’s roots in Burlington, Wisconsin, and took delight in bringing his birth and Jesuit families together. This was especially true each year at his sister-in-law and brother’s annual “beginning of the year” picnic for Jesuits from Marquette High.

Fr. Jeff Loebl, SJ, a graduate of Marquette High, said of Charley, “Charley was moderator of the student government, and he and I worked closely together on many student projects. He was a friend and a Jesuit I looked up to from high school to the present day, and now I look to him up in heaven. He and I worked together on the daily student liturgies and the special liturgies throughout the school year. He was influential in my vocation.”

Charley will be missed by his family (both birth and Jesuit) and countless alumni of Marquette University High School.

Charley’s cremains will be interred at Calvary Cemetery. 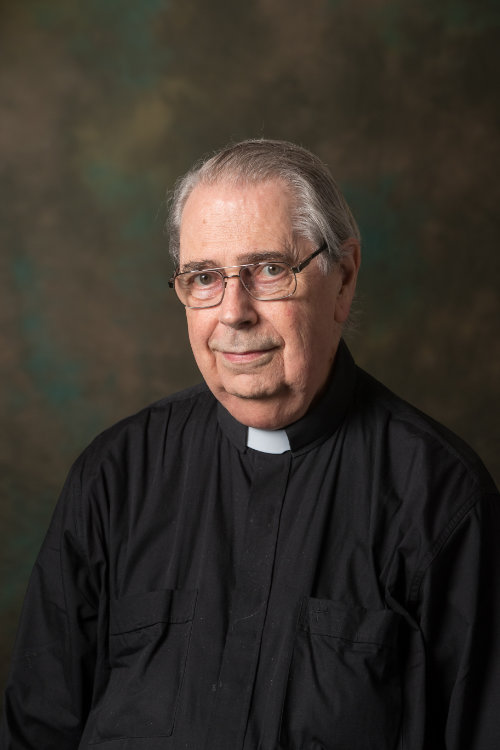