Let us pray in thanksgiving for the life Fr. Paul B. Steinmetz, SJ, who died on April 14, 2021, at St. Camillus Jesuit Community in Wauwatosa, Wisconsin. He was 92 years old. May he rest in peace.

All of Paul’s immediate family members are deceased.

Born in St. Louis, Missouri, on July 10, 1928, Paul attended Our Lady of Sorrows Grade School and St. Louis University High School—both in St. Louis—before entering the Society of Jesus on June 17, 1946. He had the usual Jesuit course of studies at St. Stanislaus Seminary, St. Louis University, and St. Mary’s College. Paul was ordained on June 16, 1959, made tertianship in Decatur, Illinois, and pronounced his final vows on August 15, 1962 at the Mother Butler Center in Rapid City, South Dakota. He had an older brother, Fr. Ricardo Steinmetz, SJ, who joined the Missouri Province but spent almost all his Jesuit life doing ministry in Mexico. Similarly, Paul entered the Missouri Province and remained a member of that province (and its successor, the USA Central and Southern Province) all his life, but did regency at Red Cloud Indian School and, since tertianship, was applied to the former Wisconsin Province (and its successor, the USA Midwest Province).

After tertianship, Paul spent 20 years as a teacher and pastoral minister at Holy Rosary Mission/Red Cloud Indian School on the Pine Ridge Reservation in South Dakota. He became very involved in exploring the relationships between Lakota religious traditions and Christianity and ended up completing a doctoral program in the Anthropology of Religion at the University of Stockholm, Sweden, in 1980. After some shorter assignments as a visiting scholar, from 1988 through 2007 Paul performed pastoral ministry at various parishes in Wellington (Florida), Novato and Orinda (both in California), and in Milwaukee. For years he was active in charismatic renewal. He moved to St. Camillus Jesuit Community in 2007 for health reasons but remained active and involved in a broad range of subjects, including non-Christian religions, various forms of contemplative prayer, and American politics.

“Steiny” was a warm, kind, and gentle man who was deeply devoted to the traditions and practices of Lakota people. He was a gifted writer and published a number of articles and books, including The Sacred Pipe. He had an abiding love for the Lakota people and believed that God was already present in their culture when the Jesuits came to the reservation. He participated in many Lakota ceremonies, including the Sun Dance.

After moving to St. Camillus in 2007, Paul pursued his special interest in Jungian psychology and spent many hours in contemplative prayer. He had strong opinions about U.S. politics and often voiced a prayer of petition at Mass that “God Bless America.” He remained cheerful in the face of physical ailments and often flashed a broad smile. His caregivers enjoyed him very much.  He was a lively companion in community and a dedicated Jesuit priest.

Paul was cremated and a funeral will held at a date to be determined. 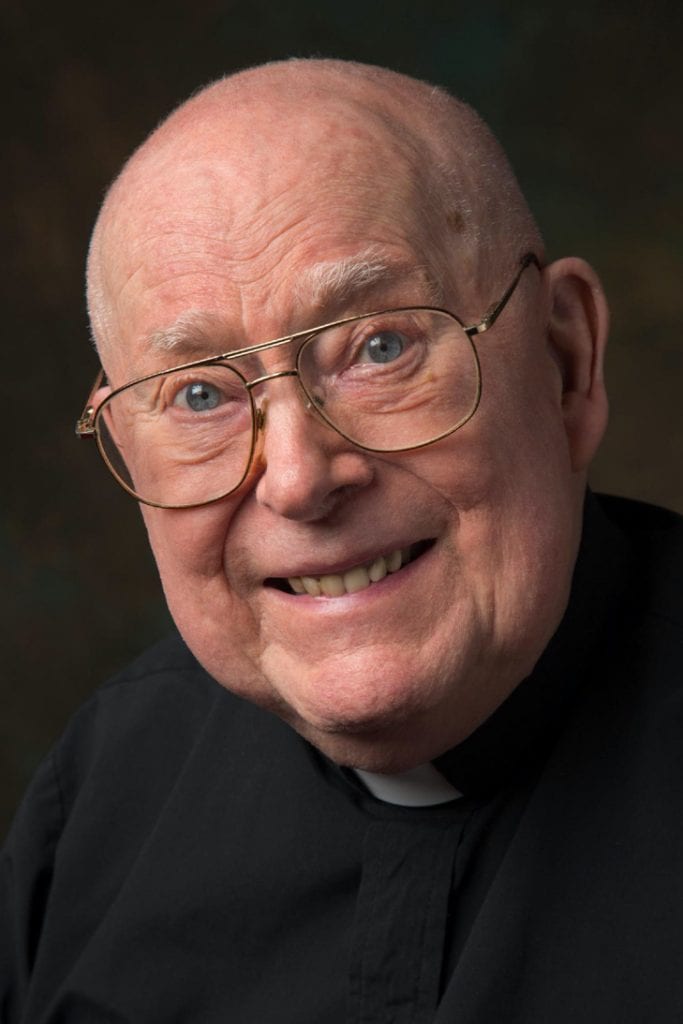