Let us pray in thanksgiving for the life of Br. Michael R. Wilmot, SJ, who died on February 24, 2022 at St. Camillus Jesuit Community in Wauwatosa, Wisconsin. He was 81 years old. May he rest in peace.

Mike is survived by two brothers: James and Robert.

Mike was born on October 5, 1940, in Milwaukee and graduated from Marquette University High School in 1958. After a postulancy period, he entered the former Wisconsin Province on March 7, 1959, at St. Stanislaus Seminary in Florissant, Missouri. In the Society of Jesus, Mike earned a bachelor’s degree in English and physical education from the University of Nebraska at Omaha (1971) and a master’s degree in education from Creighton University (1991).

After novitiate, Mike was missioned as a carpenter at Jesuit College in St. Bonifacius, Minnesota (1963–1964). In 1964, he was missioned to Omaha where he spent most of his Jesuit life. He was missioned to Creighton Prep for almost 30 years. While there, Mike was: Assistant Supervisor of Buildings and Grounds, assistant football coach and basketball coach, a teacher of English and Theology, and dean of students. He held a remarkable winning record as Prep’s varsity basketball coach and was influential on the field as a football defensive coordinator and as a varsity track coach.

Mike was an assistant basketball coach at Peru State College in Peru, Nebraska (1993–1994), before being missioned to the Jesuit Refugee Service where he worked with Sudanese refugees in northern Uganda (1994–1995). He returned to Omaha, where he helped to build Jesuit Academy and founded Gesu Housing, a nonprofit organization that builds affordable homes for lower income families. He worked for Gesu Housing until he was missioned to the St. Camillus Jesuit Community in 2018.

In addition to his ministry at Gesu Housing, Mike mentored Crimson Pride students and was a coach at Roncalli Catholic High School in Omaha (2001–2018). In 2017, at Roncalli’s annual fundraiser, Mike was the recipient of the school’s Pope St. John XXIII Award for his lifetime of service to Catholic education. Mike donated a handmade metal cross to the live auction (see below). 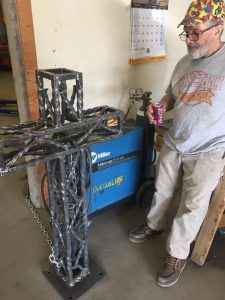 Mike was a devoted Jesuit who was grateful for his vocation as a brother. He loved coaching sports, working with his hands, and helping people. He also loved his dogs! Under the gruff exterior, “Motts” was an artist and a dreamer with a huge heart. He could be very funny.

In 1999, during his long-experiment as a novice of the former Chicago Province, Bill Murphy helped Mike install the altar in the chapel at the Jesuit Middle School (now Jesuit Academy) in Omaha, which was built from scratch. The surface is concrete. (Motts loved the possibilities of concrete.) The legs include 8″ railroad spikes welded to a steel structure. For Mike, it expressed the Third Week, the Eucharist resting on the nails of the Cross. The altar must weigh a ton, maybe closer to two. As they finished, Mike paused for a moment in admiration. “Well, I hope they like it,” he chuckled as he looked at Bill over the top of his glasses. “It’s not going anywhere.”

Father Larry Gillick, SJ, a high school classmate of Mike’s, said of him:

Every referee in the state of Nebraska has heard of, but usually more directly heard from, Br. Wilmot during games in which Mike was more than deeply interested as coach. He loved competition both with his football, basketball, and track teams and with his superiors at times. One of his often-used expressions was, “It is easier to ask for forgiveness than for permission.”

Mike has been a “poster-man” for the stature of the vocation of the Jesuit brothers and the Society of Jesus within the Catholic and secular world. He “worked.” If there were needs among the faculty of Creighton Prep, he was there with hammer, plans, and spirit. Mike collected railroad spikes and welded huge three-dimensional crosses for auctions and gifts around Omaha. Mike worked. He was a man on mission a summer in Alaska rebuilding a residence for a Jesuit missionary on the Yukon. Brother Wilmot “worked.”

Upon returning from one year in Uganda, Mike began, with help from a generous benefactor, to build concrete-walled houses for the working poor in North Omaha. This simple project flowered into Gesu Housing which survives vigorously, numbering over fifty new houses and still building. Mike’s caring spirit for those in need was felt by his players, his fellow workers, the faculties at both Prep and Roncalli High School.

Mike was a brother, a Jesuit, a man who prayed with a deep devotion to the Sacred Heart and the Eucharist, though not exactly to extensive liturgies. Mike also holds the world record for reading copies and watching movies of Lonesome Dove.

Mike was often asked why he did not become a Jesuit priest. His answer was a gentle, “We all have our individual callings, and they are not to be explained but rather to be received and lived.” Brother Mike Wilmot, SJ, did that blessedly well.

Mike donated his body to science. A memorial service will be held at a future date. 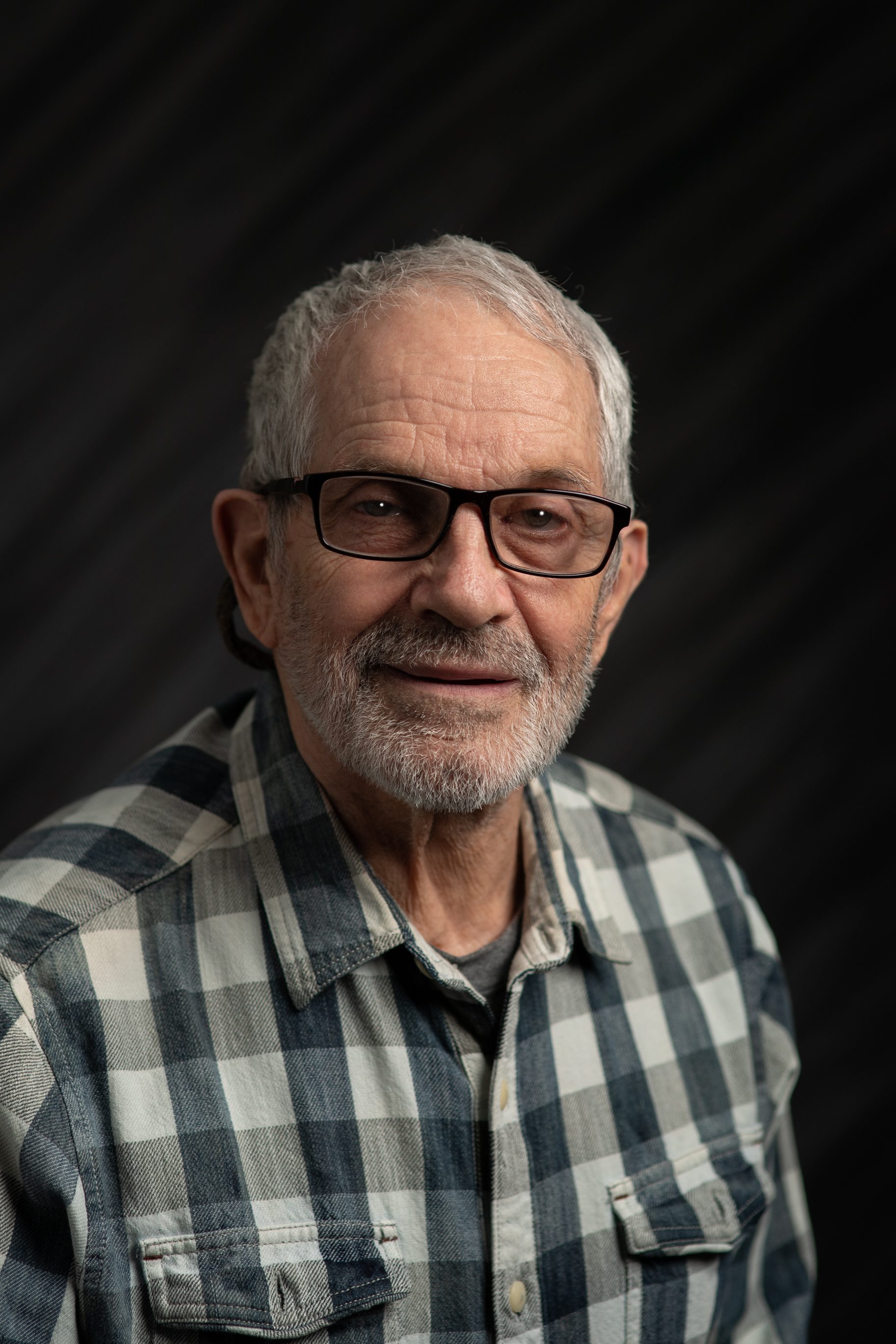