Papal Politics and the Canonization of Ignatius and Francis Xavier

Nearly 500 years after the founding of the Society of Jesus, St. Ignatius Loyola and St. Francis Xavier are widely revered and respected.

It wasn’t always so.

This March 12 marks the 400th anniversary of both saints’ canonizations. It turns out there’s a story there, one I had the privilege of hearing from Fr. John Padberg, SJ, shortly before his death on Christmas Day. Father Padberg was a renowned historian and particular scholar of the Society of Jesus. He was kind enough to share with me a little of the political maneuverings that took place behind the canonizations.

Ignatius, as we know, was a soldier and courtier who enjoyed his share of earthly vices and sought glory on the battlefield. When his injuries (most notably from a cannonball) left him wounded and with time to consider what he wanted out of life, he converted to a life dedicated to Christ. This year, the international Society of Jesus is celebrating the 500th anniversary of this conversion.

St. Francis Xavier was from a wealthy family and initially had little desire to devote his life to Christ, but was influenced by his zealous friend and roommate, Ignatius. He and St. Peter Faber were among Ignatius’ first companions in Paris and among the small group to make up the Society of Jesus, which received papal approval in 1540. Soon after, Ignatius, the superior of the small Society, missioned his dear friend to Asia, where he would spend the rest of his life as a missionary for Christ.

Today it seems fitting that Ignatius and Xavier, who had an inseparable bond supported and reinforced by long-distance letters, were canonized on the same day. Still, as Fr. Padberg explained, their canonizations represent more than official recognition of their saintliness. There was a bit of political wrangling going on behind the scenes.

Politics Behind the Canonization

“In those days, separation of church and state didn’t really exist as we think of it today,” Fr. Padberg said. “The papacy was, of course, a spiritual entity, but also wielded significant political power and did not shy away from getting involved in international relations.”

In 1621, Pope Gregory XV was elected Pope. At the time, France and Spain were the two largest Catholic powers in Europe. His predecessor, Pope Paul V, had displayed favoritism toward France, and Gregory, seeking to keep the church’s political interests balanced over time, chose to favor Spain throughout the course of his 30-month reign.

According to Fr. Padberg, the canonizations of Ignatius Loyola and Francis Xavier were warranted on the merits of each man’s piety and contributions to the Church, but they also sent a political message.

Gregory XV was the first Pope educated by Jesuits, ascending to the papacy just 81 years after the Society’s founding. It is likely that this influenced his decision.

“Because he was Jesuit educated, Gregory had a fondness for the Society, and wanted to make a statement about its worth,” Fr. Padberg said. “This was one way for him to do that, loud and clear.”

Three other people were canonized on the same day as Ignatius and Xavier: St. Philip Neri, a Roman who founded the Oratorian Fathers; Teresa of Avila, a Spanish Carmelite Nun; and Isidore of Madrid, a Spanish farmer who lived a life of simplicity.

Father Padberg pointed out that it was no mere happenstance that four of the five who were canonized on that day were Spaniards.

“Gregory wanted to side with Spain more than he did France, especially compared to his predecessor,” he said. “Canonizing four Spaniards and one Roman [and no French] clearly sent that message.”

Inferring the political context behind the canonizations is not overly speculative.

“In today’s American politics, it seems everything has to come in the form of an official statement, or be made explicit, but it hasn’t always been that way around the world,” Fr. Padberg said. “Europeans of that era who were tuned into the political landscape knew exactly what Gregory was doing.”

Significance of the Canonization

The events were especially significant because of their timing.

“Today, canonizations happen quite often, but, at that time, no canonizations had occurred for 70 years prior to those five, who were all canonized on the same day,” Fr. Padberg said. “Of course, canonizations are always a big deal, but it is fair to argue that they were an even bigger deal in those days because they occurred much less often.”

What’s more, the canonizations granted a level of worldwide legitimacy to the Jesuits that had been previously lacking.

“Today, Jesuits are known all over the world, especially for their educational prowess; they are established and respected almost everywhere,” Fr. Padberg said. “In those days, that was not necessarily the case.” 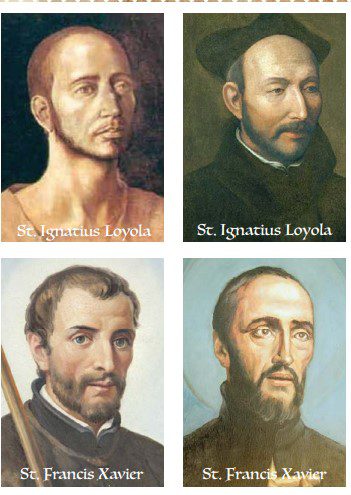 At the time of the canonizations, the Society of Jesus was growing in popularity and attracting increasing numbers of men. Not everyone saw this as a good sign.

Some criticized the Society as a fad, or believed that its educational prowess was overstated, or considered its approach to religious life not in accordance with the larger Catholic Church.

The canonization of two Jesuits gave the Society of Jesus not just recognition, but legitimacy – and in a very public way.

“Canonizing the founder of the Society and one of his closest companions sent a clear message that the Jesuits were legitimate and here to stay,” Padberg said.

Since that transformative day four centuries ago, more than 50 Jesuits have been canonized. The importance of Gregory XV’s decision to canonize Ignatius and Peter cannot be overstated.

“This canonization is a milestone in Jesuit history,” Padberg recapped. “We owe a great deal of gratitude to Gregory XV for making it happen, political motivations aside.”

The Beatification of Fr. Rutilio Grande, SJ
Jesuit Father Rutilio Grande of El Salvador will be beatified January 22, 2022, in San Salvador.
Story
What Do You Ask of Me Now, God?
The retirement party has concluded, the new home office has been set up, but for what? So many retired or semiretired people who have experienced rich careers, sticky problems to solve, people to care for, or businesses to build, find themselves asking the critical question—what now?
Publications, Story
Passing the Torch to Set the World on Fire
Though he had been a Jesuit in the Chicago area for nearly 40 years and is a native of the suburb of Waukegan, Illinois, for the V. Rev. Brian Paulson, SJ, serving as provincial of the Midwest Jesuits was uncharted territory. The Midwest Province had only just been created in 2017 by combining the former Wisconsin and Chicago-Detroit Provinces.
Publications, Story