Jesuit Father James J. DiGiacomo, priest, writer and religious educator, died on Sept. 15, 2013, at Murray-Weigel Hall in the Bronx, N.Y. He was 89 years old, a Jesuit for 70 years and a priest for 57 years.

Fr. DiGiacomo was born in Brooklyn on Nov. 22, 1924, to Philip and Catherine (Giulo). He found his vocation in secondary school at Brooklyn Prep (1939-43), and he entered the Society of Jesus on June 20, 1943, at St. Andrew-on-Hudson in Poughkeepsie, N.Y. Following his first vows two years later, he continued his collegiate studies there (1945-47).

The next step on the long path to ordination was the study of philosophy at Woodstock College in Maryland from 1947 to 1950. But before beginning theology at that same college, he taught seniors at Gonzaga High School in Washington, D.C., from 1950 to 1953. On June 16, 1956, he was ordained to the priesthood by Cardinal Spellman at the Fordham University Church.

From 1958 to 1964 he taught Latin, English and religion at his alma mater, Brooklyn Prep. This experience led him to further studies and to over 40 years of teaching religion at the secondary school, college and graduate school level. To gain expertise in the post Vatican II era of catechetics, he studied at the Institute of Lumen Vitae in Brussels, Belgium, for one year (1964-65). He then began his long career of teaching religion at Brooklyn Prep, Fordham University and Fordham Prep. From 1977 to 2003 he taught theology at Regis High School in New York City. Retiring from the classroom in 2003 but continuing with the pen and the pulpit, he assisted at Our Lady of Victory Church in New York City and at St. Anthony’s Parish in Greenpoint, Brooklyn.

In 2010 with declining health, he moved from Manhattan to Murray-Weigel Hall in the Bronx. Fr. DiGiacomo was truly an expert in connecting with and communicating to audiences, whether youth in the classroom, religious educators at a convention or church leaders at a conference. Nationally and internationally he addressed conferences and conventions around the globe. With his ever-youthful spirit, energy and enthusiasm, he gained great insight into young people and their religious development. He understood their culture and sympathized with their aspirations. He then creatively imagined and planned how to share the Good News to them.

He communicated the Gospel with humor, insight, passion and an ever-optimistic spirit. For teachers, he wrote numerous essays and several books on religious education. For students, he wrote and contributed to textbooks for use in the classroom, thus making a widely acknowledged significant contribution to the field of adolescent religious formation. One example is his monograph “Ministering to the Young” in Studies in the Spirituality of Jesuits (March 1991). 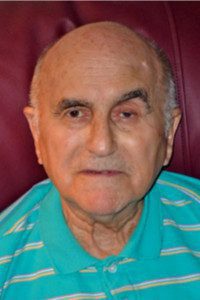