Let us pray in thanksgiving for the life of Fr. Joseph G. Mueller, SJ, who died on January 12, 2023 at Sacred Heart Jesuit Center in Los Gatos, California. He was 63 years old. May he rest in peace.

Joe was born in near Detroit, Michigan on January 2, 1960. He graduated from the University of Detroit Jesuit High School (1978) and earned bachelor’s degrees in French and theology from Marquette University (1981) before entering the Detroit Province of the Society of Jesus at Loyola House Jesuit Novitiate in Berkley, Michigan.

While in the Society, Joe earned a master’s degree in philosophy from Loyola University Chicago (1986) and a master’s of divinity from Weston School of Theology in Boston, Massachusetts (1992). He earned a licentiate (1994) and doctorate (2005) in Sacred Theology from Centre Sèvres in Paris.

During regency, Joe taught French at the University of Detroit Jesuit High School (1986-1989). With the exception of a couple research sabbaticals, Joe was at Marquette University for over two decades (1999-2020) where he was an associate professor of Theology and served as associate dean for academic affairs in Marquette University’s Helen Way Klingler College of Arts and Sciences and as director of graduate studies and assistant chairman for the department of theology. Joe represented the United States Conference of Catholic Bishops for seven years on the Faith and Order Commission of the National Council of Churches of Christ. He also was rector of the Marquette University Jesuit Community (2017-2020).

In 2020, Joe was appointed the Dean of the Jesuit School of Theology of Santa Clara. Dr. Julie Sullivan, the president of Santa Clara University, wrote this about Joe: “[He] elevated the academic reputation of the School by recruiting a cadre of noteworthy theologians whose scholarship will have a profound impact on the future of the Church, and obtained significant grants to enhance Latina/o theology and ministry. On a personal level, Fr. Mueller was a kind and humble man whose thoughtful analysis, good humor, and wise counsel was of great benefit to the President’s Cabinet and the Provost’s Council.”

Father Martin Connell, SJ, rector of the Jesuit Community of the Jesuit School of Theology of Santa Clara, wrote: “The other thing about Joe that I’d like to commend to you is his availability. When he interviewed for the job of dean, some were put off by his answer to the question of why he was applying. “Because I am a Jesuit and was asked by my religious superiors to do so.” Some thought that he must have had some reluctance if that was the answer. His tenure as dean proved them wrong. Joe was all in. He loved JST and he loved our community (both big and small). He was not shy in these last days to share that these were among the best years of his Jesuit life. And that’s a lesson to us all: God leads us to places where God can show us the divine glory.”

Joe possessed a deep commitment to culturally contextualized theology. He is the author of the French-language book “The Old Testament in the Ecclesiology of Fathers”, which analyzes a collection of ancient church administration sources known as the Apostolic Constitutions. In his scholarly work, he specialized in the study of early Christian theologians, especially those of the first five centuries, and of ancient and contemporary ideas on the nature, structure, and mission of the Church.

“Joe Mueller was one of the most kind, gentle and serene Jesuits I have ever known. His deep peace was rooted in his love of Jesus and the joy of the gospel. Joe had a love for poetry—especially spiritual poetry–which exemplified how much he savored reading, thinking and praying. For much of his life, Joe was a “night owl,” because that was his best time to be with the Lord–to meditate, contemplate, think and pray. Joe loved each one of his missions, especially his final mission as dean at JST where he felt like he did one some of his best work for the Lord and the Society, and he took great consolation in this service. For his good friends, Joe was the best of friends, a spiritual rock who generously shared his love, faith, joy and laughter.”

“In his 20s Joe Mueller enjoyed playing basketball, and I was on the painful receiving end of his “elbows out” style of play. During summer “formation villa” at Villa Marquette Joe participated with headlong intensity in various sports & physical activities, as often as not returning home with such souvenirs as a punctured eardrum or a sprained ankle. (In addition to his love of poetry,) Joe delighted in singing sea shanties and other folk songs. He enjoyed doing word games and crossword puzzles, whether alone or with others… Joe was a very loyal friend and companion, a rock of support. He did most of his praying late at night and into the wee hours, when others were asleep. Not infrequently his prayer led him to the foot of the cross and to tears — he was always close to Christ crucified. Joe was part of very large Yours Mine & Ours family, which he loved deeply and often talked about. He lived simply and always sought to join his heart to God’s love for the little, the poor, and the forgotten.”

“I’ve known Joe since the day we entered together over 40 years ago. We have been through a lot together. His mother passed away just days after our entrance. We were together in Philosophy and Theology, and finally together again at Marquette. Joe was the bright, thoughtful one. Joe was the model of Jesuit discernment and wisdom. While we didn’t always see “eye to eye,” I never doubted his advice and always sought him out for counsel. On occasion I could even get him to misbehave!

We made a great team as rector and minister. He let me take care of the house and he took care of the men. And what a wonderful job he did with that. His love, care and concern for us was incredible. He took his role very serious and was thorough and exact in making decisions and following through.

I always joked about a request from another Marquette administrator. I sent a one word response, ‘Yes.’ Joe sent a three page response concluding with the same yes.”

The Mass can be LiveStreamed at: https://www.gesudetroit.org/live-streamed-masses 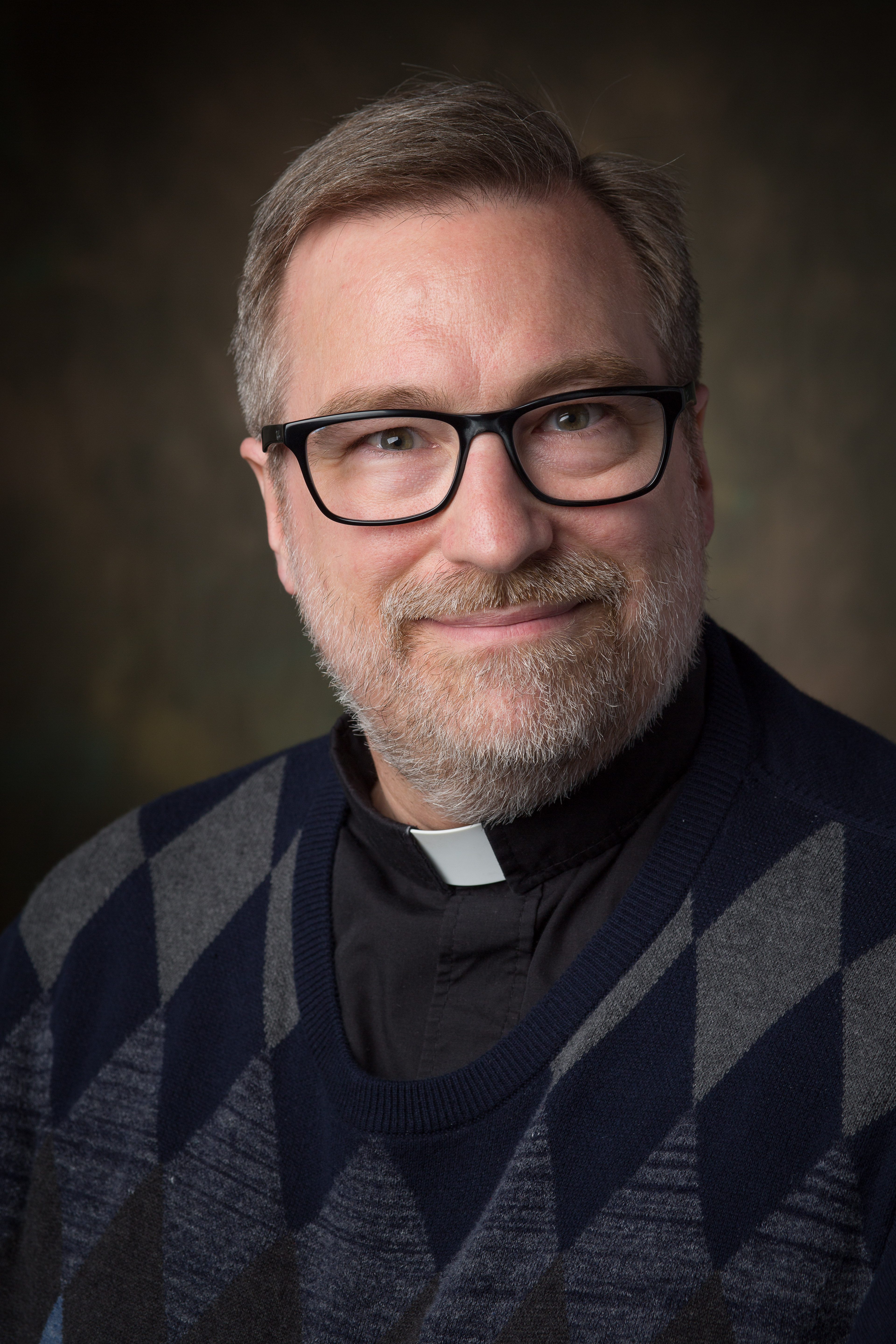